Triumph has been the brand known world over for making their bikes look retro yet the machines are fitted with the most technologically advanced engines. Direct rival to the Harley Davidson and the likes, it has managed to garner a whole gamut of its own cult followers. But to keep pace with the changing environment and people looking for retro yet modern range of cruisers , Triumph has been testing updated models of its current range of motorcycles and at the same time, testing new offerings to bring more and more customers under the brand’s purview.

Today we have for you spy shots of three new motorcycles from the stable of Triumph being developed on-road. The models are an all new Bonneville-based all new cafe racer, a 2013 Tiger-update christened as the Tiger Sport 1050 and a new addition to the Thunderbird range of cruisers. The test mule of the Cafe racer is a Bonneville-based motorcycle,which sports the latest spec suspension and brakes, and it might just be the basis for the major revision of the Bonneville which is due for a major change in 2014. It is in accordance with bike being a combination of retro-styling and those modern motorcycles. 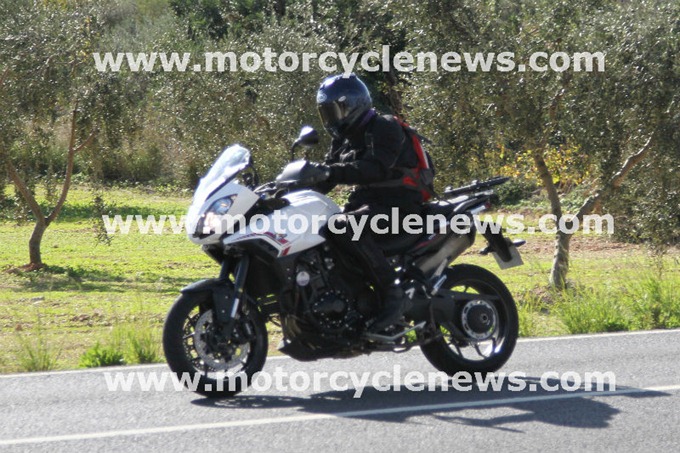 Coming to the cruisers range, the updated Thunderbird Storm will feature new wheels with a wider front rim, new forks and a major styling update which is going to take the Storm quite near to the Harley Davidson’s Fat Boy (that bike with two headlamps).

Triumph is the only major competitor of the Harley Davidson with constant updates to their products, they are keeping pretty much in pace with the competition. We will keep an eye on the latest developments and will keep you posted, stay tuned to us.