The blacked out treatment goes on to the 18 inch alloys and the mammoth 240 section tyres. The BOSS edition cosmetic facelift also extends to the brake callipers, handle bars, fork tubes, engine cover and muffler. The bike gets a completely blacked out paint job and to lend it a dual tone colour scheme, the headlight cowl, front fender and the fuel tank get a yellow colour treatment to give it a dual tone outlook.

And its not the M109R that has got itself the BOSS treatment. The Suzuki C90T and the C50 are the other two members of the BOSS Boulevard series. Talking about the C90T, the winshield and the saddle bags get deleted and make way for blacked out wheels, exhaust, forks and the 1462cc get the black paint as well.

The third member of the family is 805cc Suzuki Boulevard C50 BOSS. The chrome gives way to an black treatment. The wheels, brake calipers, mufflers, fork tubes, clutch covers, handlebars and levers are the ones getting the black treatment. The pricing for these editions has not been announced as of now and will be announced later on. 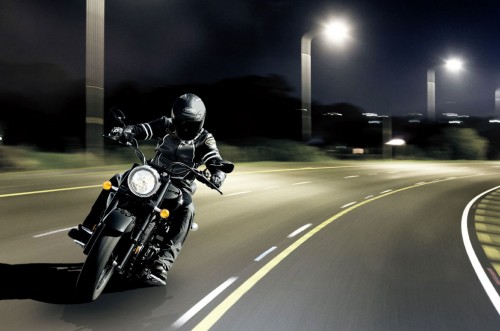 The BOSS edition Suzukis will hit the US dealerships later this year. Expect a small bump in price but that will stand justified with the all black treat the bikes will be getting.