After two years of speculation, the road-going replica of Honda RCV213V MotoGP is finally a reality. Last week in Milan the Japanese company showcased the concept bike and a running test bike.

The new monster machine is called RCV213V-S and the two versions of the bike were equally awe-inspiring. The static version was painted with the Japanese Flag celebrating the EIMCA’s 100th anniversary and the full carbon fibre running version which was ridden by the famous MotoGP World Champion, Marc Marquez.

Honda wanted to create a bike as close to the race bike as possible but much internal debate has gone into the real specifications and model details in the last few years. The product as of now has a high technology V-4 that Honda started using as early as 1977-81. By the looks of it the bike should be ready for production. Although the bike may be a reality sources believe that they will only manufacture about 300 bikes in total and those too would cost no less than 160,000 GBP. 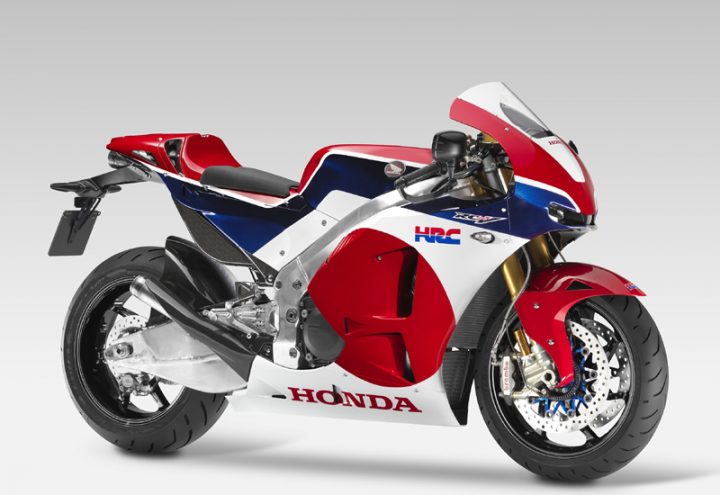 Shinji Aoyama, Chief Operating Officer of Honda Motor Company made it pretty clear that due to methods of sand-casting of the engine, not many models can be produced. The Honda RCV is unique in a way that production of the bike does not happen the same way as of other mass produced bikes.

Honda hopes to use the experienced assembly workers at the Kumamoto plant in Japan to build the bikes but not more than one or two units can be produced in a day. This is totally separate from their main production lines.

The 200 Bhp version that will go on sale has created a lot of buzz in the UK where a lot of people want to own this bike. Honda must have been waiting for an opportune moment for the unveiling as much of the limelight was being taken by the Kawasaki H2 and H2R in the past few weeks.

Honda still has to make several adjustments in order for the bike to meet street regulations but they hope to find out more from their customer base after this unveiling. The 100% decision of going ahead with production will only happen after they get feedback after the Milan show. By the looks of it, the Honda RCV is a superbike that has clearly made heads turn.

The final selling of the bike itself may only happen through pre-orders online. Sources believe that by middle of 2015 the company will start taking orders.