Japanese auto giant Honda has revealed the new Honda CBR250RR in its concept form at the Tokyo Motor Show. Basically a 250cc ‘race replica’ that will become a quicker and sharper alternative to the very popular Honda CBR250R, the upcoming low displacement supersport motorcycle will go into production around mid-2016. The upcoming motorcycle is believed to be internally code-named as the ‘Honda K64A’. While Honda has so far refrained from divulging much about this motorcycle, it has released a one-paragraph note which says,‘Designed with the key phrase “strong presence,” this next-generation super sport concept model and features a look possessing a sense of speed that comes from its long nose and low crouching position. The combination of a plane architecture, which indicates the sense of hardness and solidity, and sharp edges emphasize the aggressive look of this model. Moreover, the exterior featuring matte-black-based low-contrast graphics expresses beauty and the remarkable form.‘ Read on to find all the available details on the new Honda CBR250RR – 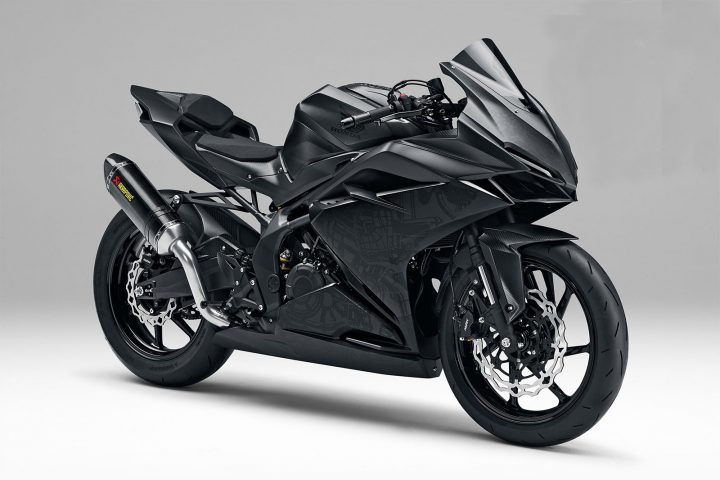 A close look at the official images of the concept form of the upcoming motorcycle suggests that the supersport miniature could be propelled by a parallel-twin.The brakes and the suspension kits seem to be at par with what’s being offered by the competition (Read: Yamaha R3). The rather tasty bodywork isn’t very proficient at hiding a trellis frame beneath. It would be pretty safe to assume that the production-spec model will get a twin projector headlamp setup that will be flanked by slim LED DRLs. The twin headlamp arrangement will be inspired from the Fireblade and the don’t be surprised to see this bike being perceived as a mini-me counterpart of the very lovable litre-class Supersports bike. The bike could get full LED headlamps. 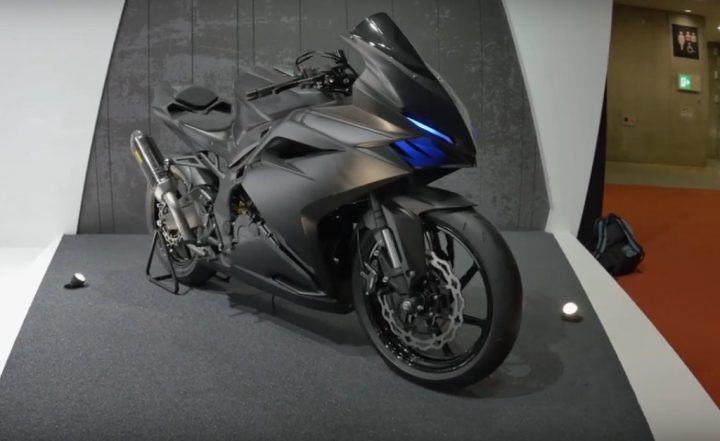 The production-spec new Honda CBR250RR is expected to retain much of the bodywork of the concept pictured here with the addition of bits like a more lively colour scheme, LED headlamps, DRLs, Indicators, rear view mirrors, etc. 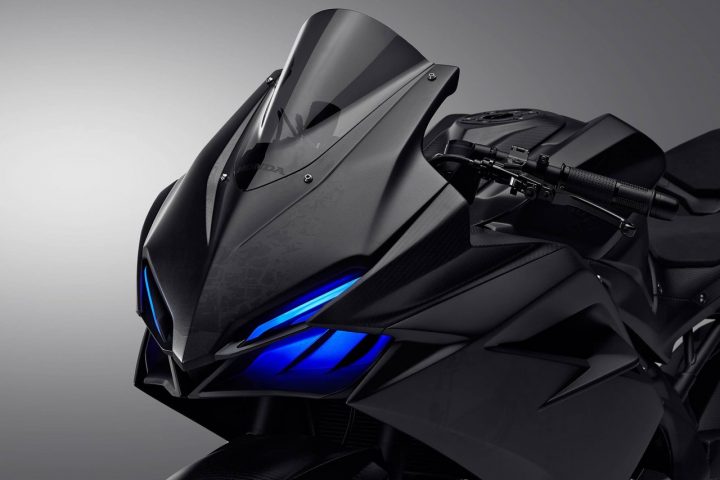 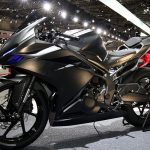 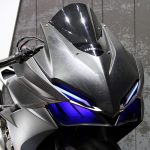 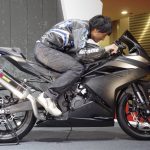 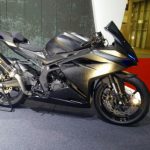 As we just said, the new Honda CBR250RR low-displacement supersport motorcycle could be powered by a parallel-twin motor. Peak power should be in the region of 40 bhp and safely expect the engine to benefit from traditional Honda trails of reliability and refinement. While the upcoming motorcycle is sure to have a 250cc powerplant for Asian markets, it makes enough sense for Honda to stretch the displacement to 300cc for Europe. The Yamaha R3, which would be the upcoming Honda motorcycle’s biggest adversary, boasts of a 321 cc, in-line, 4 stroke, two cylinder engine that produces a max. power of 41.4 bhp at 10,750 rpm and a peak torque of 29.6 Nm at 9,000 rpm. The slightly smaller R25, in comparison, enjoys a peak power-torque of 35 bhp-22 Nm. The new Honda CBR250RR could also rival the Kawasaki Ninja 300. Features list should include bits like –

As we said, details are scarce, but you can safely stay tuned to Ridetalks for more on the new Honda CBR250RR supersport miniature.

6 comments for “New Honda CBR250RR to be Launched Soon!”