The Honda motor company Ltd. is up to invent new technologies day to day. And now, masses can see Honda is acquainting its new powerful 400cc dual cylinder engine for two wheel machines. Japan is full of mobikes comprising 250 to 400cc engines. Japan is known for the best in class bike manufactures such as Yamaha, Suzuki Kawasaki, and Honda itself. These four brands makes loftiest sports bikes. Most of them make superbike comprising predictably up to 600cc engine.

Further, we see that the big brands like Yamaha, Suzuki Kawasaki, and Honda are the finest in the world and hence Japan has a big crowd and love for 250 to 400cc motorcycles. One of the major reason behind this is that the Japanese government authorities levy less tax on mobikes ranging between 250 to 400cc. The bit identical process is followed in India on less than 4 meter longer cars. The government of India levy less tax on the cars. The crux is that Japan is predictably bigger manufacturer of mobikes ranging between 250 to 400cc. The Japanese expert motorbike manufacturers produced some unforgettable bikes for globe such as Honda CBR400R, the Kawasaki Balius 250, the Honda Hornet 250 and many others. The requirement of this era is economic fuel consumption and eco friendly bikes.  Bikes should be able to rotate world on the wheels as well as able to provide a healthy environment too. 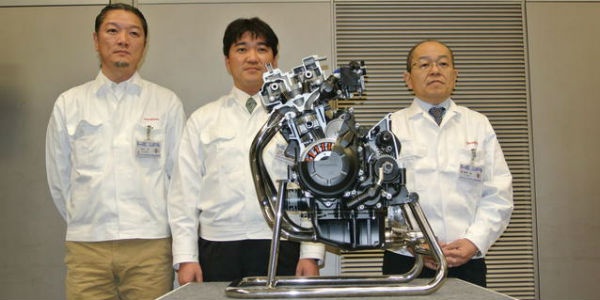 Leading mobike developers have developed the technology of mono and dual cylinders for 250 to 400cc motorcycles. Honda, the Japanese Moto giant, has done superb job in biking division recently by launching CBR 250R and 500R. Next big news for masses is that Honda has unveiled a dual cylinder engine with capacity of 400cc. This would power CBR400R and it is a four stroke engine too. Another identical sports bike comprising 400cc engine is Kawasaki’s Ninja that has been launched way back in India. Time will tell whether Honda will sell the bike only in Japan or across the globe. The idea about the power and torque from