Moto Guzzi is one of the world’s best known brands. Its motorcycle range includes tourers, custom and naked versions, and enduro road bikes. All of these beautiful motorcycles are available with 90 degree V-Twin cylinder engines up to 1151 CC. Established in 1921 in Mandello del Lario, Italy, the brand has a rich heritage and has played a very important role in Italy’s motorcycle manufacture.

Moto Guzzi exists in a number of global markets and this Piaggio-owned brand now wants to enter the Indian market in the next six months or even earlier. A few months back, at the 2012 Auto Expo held in New Delhi, India, Piaggio had showcased a couple of Moto Guzzi products and revealed its plans to bring its tourer,  the 1200 Norge GT, as a completely built unit (the motorcycle in the picture below). 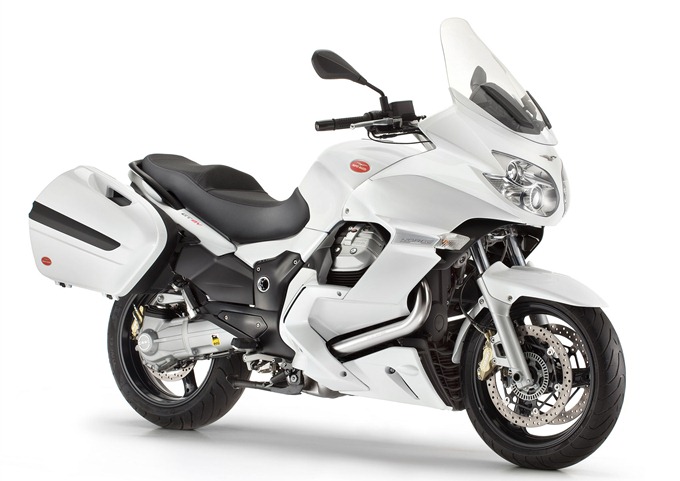 Piaggio is familiar with the Indian market and knows it since long.  The company has launched the Vespa scooter brand in India with Vespa LX125 being the first product. And prior to the Vespa brand, the company had launched its Aprilia brand in India with RSV4 R APRC and RSV4 Factory APRC which are commercially available. Both the machines equip a 1000 CC, 180 BHP engine mated to a six speed gearbox.

Since the response from the customers has been good so far, the company is planning to open up a couple of more dealerships dedicated to Aprilia brand of motorcycles in the metro cities of India.

An official statement from the company said – “We have just made available a couple of Aprilia models as per customers’ specific orders through our Pune outlet. In view of the good response, we have decided that we shall expand to some of the metros in the coming months with a larger range and with a complete back-up of service and spares availability,”

The company is also evaluating the feasibility of bringing in the relatively smaller Aprilia products which are currently on sale in Europe.