Is Kawasaki planning to bring new models to US? According to an EPA certification document which has recently leaked, Kawasaki is ready with the 2013 ZX-6R. But that is not the point I want to make here. The same document also make mention of Kawasaki Ninja 300 and Kawasaki Ninja 400R models, along with Ninja 250R.

So the interesting part is that Kawasaki is surely going to expand the Ninja line-up and will be launching Ninja 300 and Ninja 400R later this year in US. What surprises us is the fact that how Kawasaki will position Ninja 300 as Ninja 250R is quite close to it in terms of capacity. While the Ninja 300 sports a retuned engine with 299 CC of displacement, the 400R will equip a 399 CC unit. Both the engines will be twin cylinder, four stroke units. 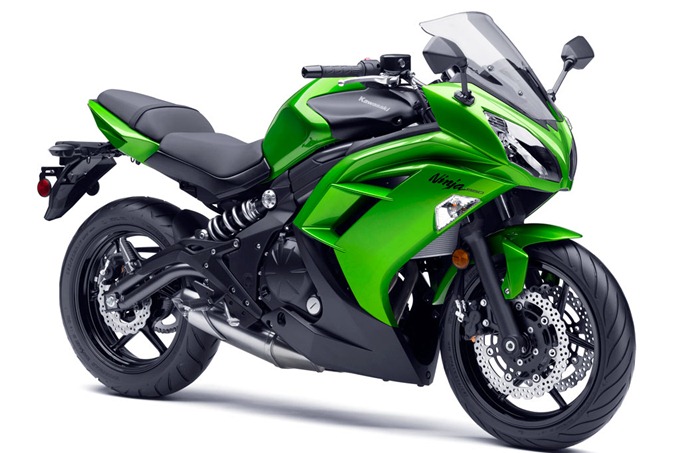 Although we do not have any information about the styling of the new Ninjas, we do have the power figures with us. The 2013 Ninja 300 puts out a peak power of 37 to 40 BHP at 11,000 RPM while the Ninja 400R can churn out an impressive peak power of 41 to 44 BHP at 9,500 RPM. Both the engines feature fuel injection which gives a significant boost to the respective outputs when compared to the best seller Ninja 250R.

Beside this another point which is absent in the EPA document is the 2013 Ninja 250R. Could this mean Kawasaki is going to replace the 250R with the bigger and better 2013 Ninja 300? From our understanding the replacement could take place not just in US but gradually in other global markets as well.

At present we have the facelift version of Ninja 250R in the market and it is selling great. And Kawasaki is indeed planning to raise the bar by replacing it with a better entry level sport bike. The entry level motorcycle market is heating up and many global manufacturers are experimenting with their line-ups. KTM is also developing a 350 CC bike for the US market and in the near future we would see more such bikes. We will keep you posted on all the developments of Ninja 300 and Ninja 400R, stay tuned by signing up for our free email newsletter.