The 2012 EICMA was full of some of the most technologically advanced two wheelers but at the same site there were some concept machines too that were equally attended by the visitors. One of them was the Yamaha TMAX scooter’s HyperModified version from Roland Sands, which we have talked about in one of our recent posts.

Another motorcycle that really attracted the visitors was the Brutus. It is not the beautiful Brutus electric motorcycle but a strange (quite different) looking off-road motorcycle which has been designed and developed by Alessandro Tartarini, son of Italjet founder Leopoldo Tartarini. 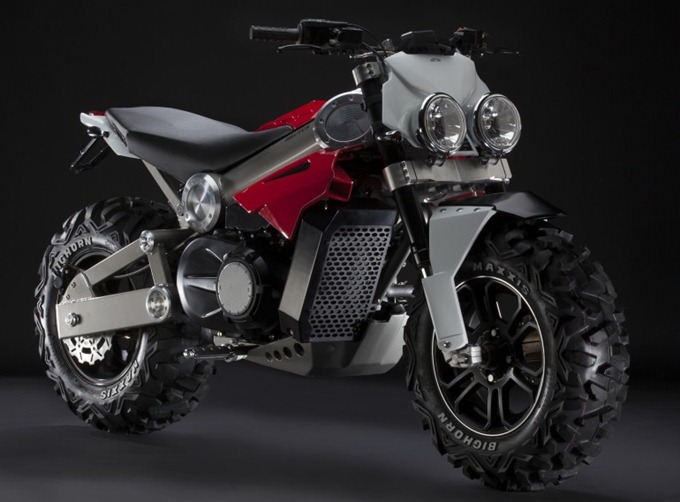 The name Brutus perfectly suits the personality of this motorcycle which uses the tagline “the SUV of motorcycles”.  The bike is wider than the normal motorcycles we see and uses tractor size tires (Does it remind you of Rokon).

Talking about the engine of the motorcycle, it uses a single cylinder, liquid cooled, DOHC, 750 CC unit that features electronic fuel injection and puts out 45 BHP of max power. The engine comes coupled to a two speed CVT (continuously variable transmission) with optional reverse gear. Although Tartarini has not officially declared the weight of the motorcycle, one of the leading Italia motorcycle magazine Motociclismo reports it is less than 220 kg. 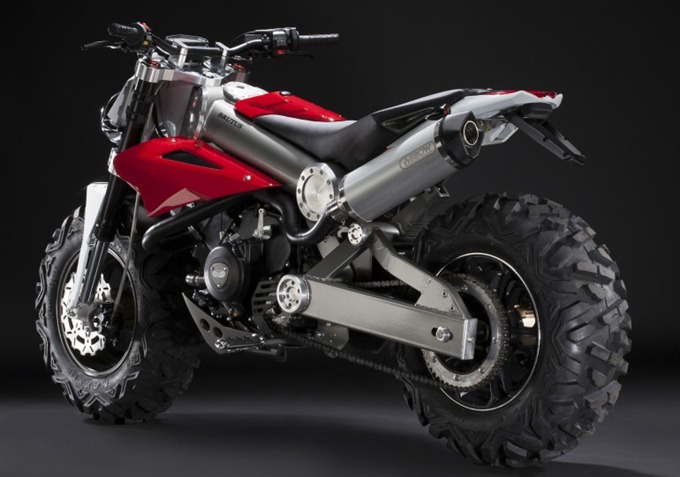 With a weight close to 220 kg, the motorcycle can be put in the category of litre class tourers such as Ducati Multistrada and BMW 1200GS. But what is strange is that the manufacturer claims the Brutus to be a serious off-roader which is contradictory in all senses. Firstly it features a not so powerful engine which is one of the primary requirements of an off-roading machine. Secondly the suspension travel of the motorcycle is 80 mm at front and 100 mm at rear, which is not even close to the travel available on hardcore adventure tourers. Lastly the humongous tires – 6 inches wide at front and 7 inches wide at rear, which may not be practical enough in all types of terrain.

As per the press release, the motorcycle will be available with a range of accessories such as a sidecar version, a winch, a fire-prevention kit, a generator, and a “snow kit”.