Welcome readers, I am Kashish from Car Blog India and this is our new blog dedicated to two-wheelers. Be it the latest two-wheelers being launched in India, mean superbikes ready for their international debut or motorcycle technologies, we will cover them all and are committed to bring the best quality content for you.

A few weeks ago, Bajaj Auto showcased its latest motorcycle, the Discover 125 ST Sports Tourer. The showcase was informative enough but unfortunately Bajaj did not disclose the price of 125 ST, which now would only be revealed at the time of its launch. Expectations were that the 125 ST will be launched somewhere close to end of June 2012, but so far we have no confirmation on the same.

Although the price is yet to come officially, according to sources the on-road price of this new sports tourer will fall close to Rs. 60,000 for Maharashtra. This is not the exact figure and a variation of a a few thousand rupees could be there. 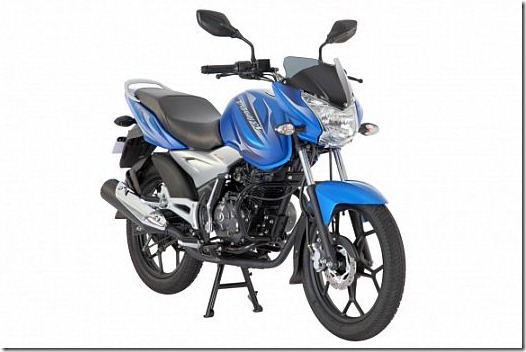 Look wise the most interesting feature of 125 ST is its alloys that are inspired by Pulsar 200NS. The design is new and refreshing with new headlamp and fairing, redesigned side panels and grab rail, new seat, new exhaust muffler, exposed O-ring based drive chain, new instrument cluster, new mudguard etc.

There are a few competitors to ST and they are Honda Shine, Honda Stunner, Hero Igniter and Yamaha Gladiator 125. If sources are to be believed, at 60,000 INR mark the ST will be significantly cheaper than the above mentioned motorcycles and therefore would be seen as a value for money proposition. Being the first of its kind from Bajaj Auto, it features a 125 CC DTSi, 4 valve head engine that delivers 13 BHP @ 9000 RPM of max power and 11 Nm @ 7000 RPM of peak torque. The power and torque figures are the best in its class. 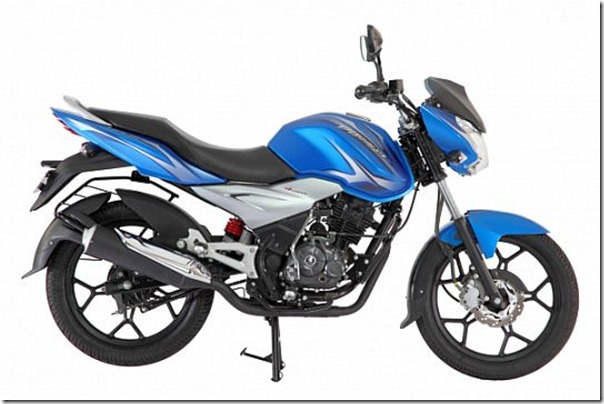 The 125 CC engine is mated to a 5 speed manual gearbox and the bike features electric start as standard. Other noteworthy features include front telescopic suspension, front petal type disc brakes and rear monoshock configuration, the last one being absent in all other motorcycles of its class. It has a ground clearance of 170 mm, sports 1305 mm long wheelbase and weighs 124.5 kg.

Despite being a commuter motorcycle, Bajaj has made generous efforts on making it look good and sporty, so I believe it will definitely be a hit in its segment. Stay tuned for updates on the launch of the motorcycle.