Among the Honda bikes that are coming to USA in 2018 is the CBR650F. This bike is, fundamentally, the CB650F with fairing. This makes this bike usable on both city streets and highways. When in urban conditions, this bike has tractable power like CB650F (or should have) and on highways, its fairing will help reduce the wind blast on its rider. But does that make this bike something worth buying? Read on to find out more about 2018 Honda CBR650F price in USA, specifications and features. 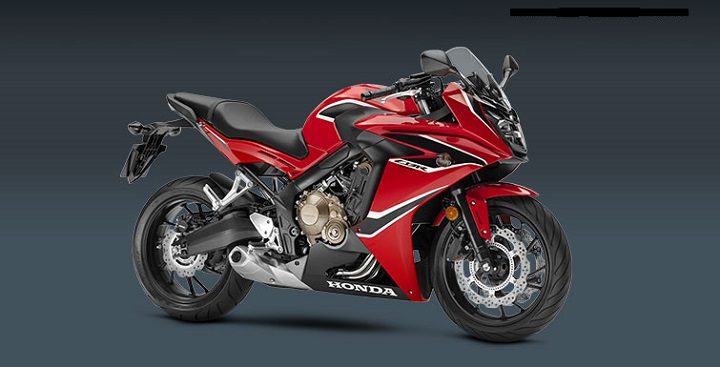 The MY 2016 Honda CBR650F retails for $8,499. Going by the number of changes the 2018 Honda CBR650F has over the MY-2016 bike, our expected price seems spot-on. However, we will reserve our judgement on the same until the bike is launched in the USA.

Honda will launch two bikes in the USA in August 2017 – the CBR650F and CB650F. Both these bikes are identical to each other in more ways than one. However, we will restrict ourselves to the 2018 Honda CBR650F for now.

Now, before we will say anything else, let us clear this out. Honda bikes may not be big on power but are quite tractable. The 2018 Honda CBR650F is not an exception to that rule. However, the addition of dual disc brakes up front and preload adjustable rear suspension, this bike should stop and handle well too. At 49mpg, this bike’s fuel consumption isn’t too shabby either. While the 2018 Honda CBR650F does not seem feature-rich, it does not need to be. Honda prides itself on making usable bikes and not providing anything outside of what a rider requires on a bike. Hence, no traction control either. In terms of having a pure riding experience, the CBR650F is quite at par with its packaging. Now the question you have to ask yourself is this – are you game for such an experience?