Moto Guzzi is one of the oldest bike manufacturers in the world today. An Italian company, it has made its name by offering bikes with a different style from others. When was the last time you saw see the engine being used as a styling element on a bike? The company offers a number of models to different target audiences. One of the models it makes is the California 1400 Touring. As the name suggests, it is a bike for those who like to go road trips. There ‘s more to this bike which we will reveal when we talk about 2017 Moto Guzzi California 1400 Touring’s price in UK, specifications and other details. While parting with so much cash is not easy, th 2017 Moto Guzzi California 1400 Touring tries to justify this price. How? By offering unique style and a whole host of features. However, before we go there, let’s take a look at its specifications. This will tell us what to expect from the bike on the road.

The 2017 Moto Guzzi California 1400 Touring comes with a big-bore 1380cc V-Twin engine. However, its power and torque figures of 96HP and 121Nm make it out to be a cruiser that can be enjoyed at all speeds. However, the presence of disc brakes at both ends (dual up front) do endow it with the capability to stop quickly. The adjustable rear suspension ensures you are able to find a comfortable ride setting for most conditions. 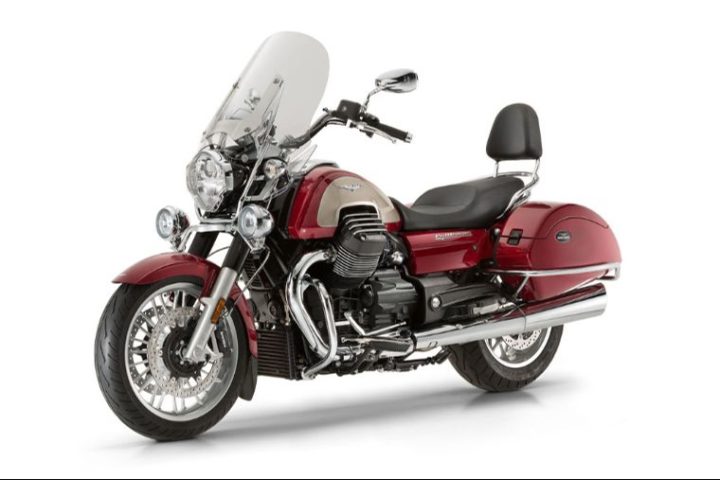 The presence of ABS as standard on 2017 Moto Guzzi California 1400 Touring make it a bike worth consideration. A 21-litre fuel tank should help you go further distances between fuel stops. Cruise control aids in taking off the fatigue that may come in your ride by trying to keep your bike steady at a speed. While LED DRLs add a touch of modernity to its style, the mobile phone connectivity feature gives this bike a modern feel.