The Honda CBR1000RR is all new for 2017. Known affectionately as Fireblade, it is no longer the Fireblade of yore. Honda has been hard at work in giving this bike some technology. The CBR1000RR now comes in three variants – non-ABS, ABS and SP. However, the litre bike wars are heating up. Honda’s rivals from Japan have also given their bikes some much needed upgrades. In such light, does CBR1000RR have what it takes to be on the summit of litrebikes? Read on to find out all we know about the 2017 Honda CBR1000RR Price in US, competitors, specifications and features. 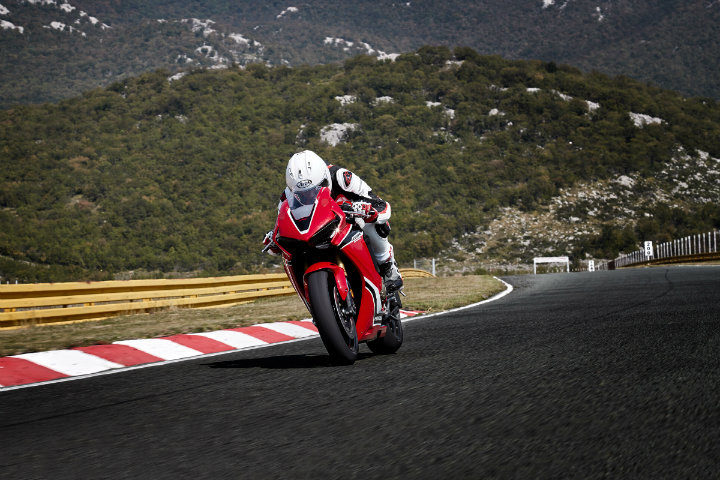 Honda CBR1000RR has been priced pretty aggressively. Going for the ABS model makes more sense, even though it costs $300 more than the non-ABS variant. There is also the SP version with its own set of additions. However, it all depends on your use.

Barring four bikes, rest all either are priced similar to the Honda CBR1000RR or more. The exceptions are EBR 1190RX, Suzuki GSX-R1000, Kawasaki Ninja ZX-10R and BMW S1000RR. The Ducati 1299 Panigale and MV Agusta F4 are the costliest bikes in this list.

The CBR1000RR sees a number of changes in the 2017 model year. Not only has it been thoroughly redesigned, but internals have undergone changes too. Power now sits at 189HP. There is also Showa Balance Free Rear Cushion monoshock and Big Piston Fork up front. The clutch on CBR1000RR gets slipper function, whihc is a boon for newbie riders.

The CBR1000RR gets traction control for the first time in its storied history. It also gets power modes, wheelie control and engine brake control. Certain features such as cornering ABS and quickshifter are reserved for the SP model. That said, the 2017 Honda CBR1000RR has now entered the 21st century with electronic aids.