The litrebike wars seem all heated up right now. EBR is the only American duking it out with Japanese and European makers in this sphere. Its weapon of choice? The 1190RX. From coming out of bankruptcy time and again to making this monster, EBR has done quite a bit. The 1190RX is the second V-Twin bike in this space, the other being the Ducati 1299 Panigale. But what is the EBR 1190RX all about? Read on to find out more about the 2017 EBR 1190RX price in USA, specifications and features. 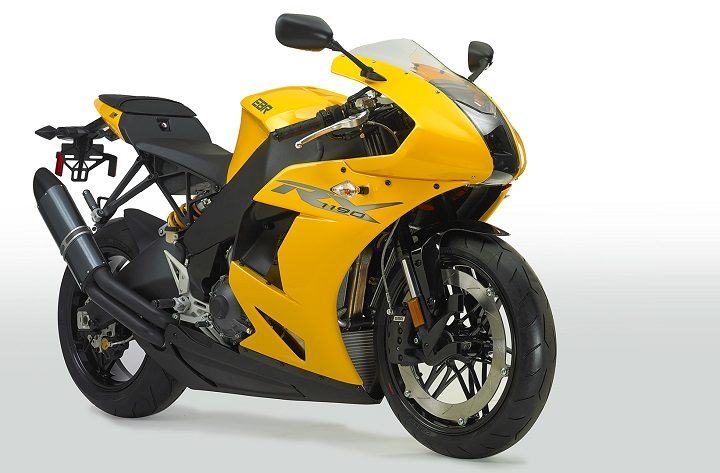 There is something alluring about the 2017 EBR 1190RX’s price. It carries some innovations that you will not find on any other bike. Yet, its cost being so low is a big draw for the 1190RX. Let’s see how its rivals measure up.

So, if you see the above table, you will find that 2017 EBR 1190RX is a literal steal. The most inexpensive bike in the above table starts from a little over $15,000. The 1190RX costs even less than that. It is a mind-boggling fact.

The 2017 EBR 1190RX has a nice spec sheet. If you are wondering about the omission of a disc brake up front, fret not. It is an Erik Buell innovation, the perimeter disc. More importantly, which bike do you remember that comes with an 8-piston caliper up front or a dual-piston unit for the rear?

It is in the features department where the 2017 EBR 1190RX feels old. However, being old means it will be appreciated more by purists and experienced riders. Also, expect reliability issues to be quite low with this bike.