The RSV4-RR is a name most moto journalists are aware of. It has won a number of accolades around the world for what it offers. It is perhaps the only one among the litrebikes to have a V4 engine configuration. As a result, not only does it go fast and look mean but sounds delicious too. Its competition has become a lot stronger in 2017, which forced Aprilia to give it some additional tools. So , what’s new about the RSV4-RR in 2017. Read on to know more about the 2017 Aprilia RSV4-RR price in US, specifications and features. 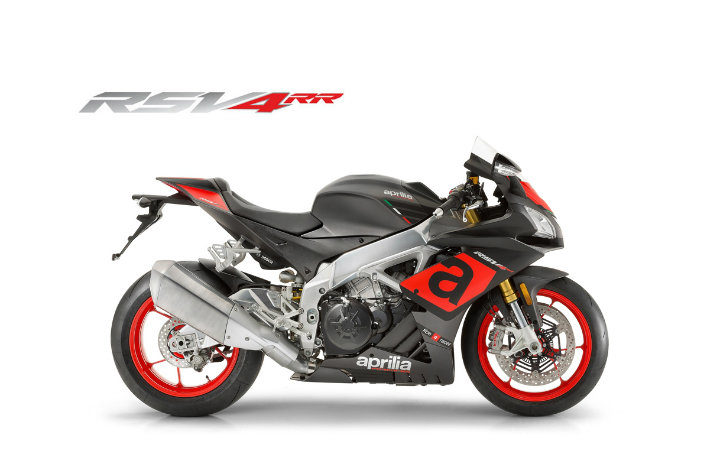 The RSV4-RR is a known name in the World Superbike Racing circuit. Courtesy of this bike, Aprilia has won seven WSBK championships from 2010-14 (three rider titles and four manufacturer’s titles). However, on the streets, it has to face off against its rivals from Japan, Germany, Italy and the US. Let’s see how it stacks up against them in terms of pricing.

The highly-competitive litrebike segment sees the competitors duke it out on the price front. The RSV4-RR’s price is quite competitive but it is still outdone by not just Japan’s Big Four but also EBR and BMW entrants. This means that RSV4-RR is priced at the premium end of the litrebike segment. So, let’s find out if there is some merit in its steep pricing or not.

A thing about the RSV4-RR is that it has the show to go with the go. It has all the latest electronic goodies, the looks and the sound to go with that powerful engine. The Brembo M50 monoblock brake calipers are perhaps the best brakes in the business currently.With latest goodies on board, the RSV4-RR is as competitive as it needs to be in this segment.

This is perhaps the most feature-laden bike in the litrebike segment. Look at the goodies list. Then consider that it has cruise control alongside rear liftup mitigation. The cruise control feature makes it suitable for highway riding. The rear liftup mitigation helps this bike come to a stop during hard braking by keeping the rear wheel down. A pit limiter benefits track-day regulars.

The 2017 Aprilia RSV4-RR seems ready to blast its competition in the past. The litrebike wars have never been so exciting.