Triumph manufactures some of the most sough after motorcycles and one such product from its stable is the Triumph Street Triple R. This naked motorcycle was launched back in 2007 and it immediately gained the deserved fame. Beside the radical styling of the motorcycle, it was the incorporation of the Daytona 675’s chassis that made this motorcycle stand out. While the model year 2012 did not brought any changes to the Street Triple R, for the year 2013 the company has a lot to offer. 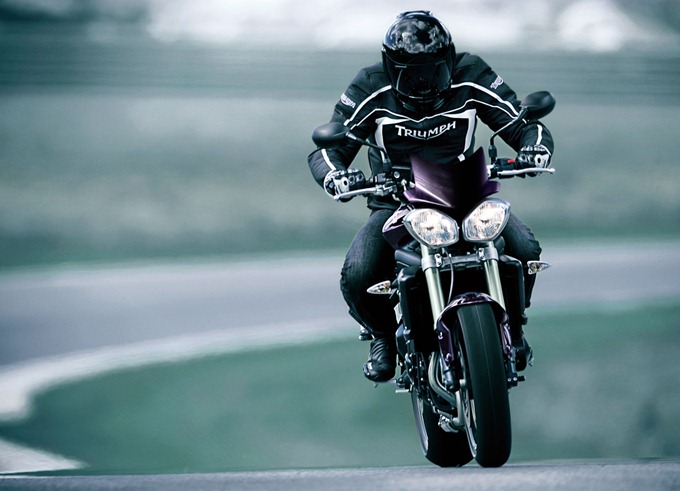 The bike along with the Street Triple was announced at the Intermot Show in Cologne, Germany. The R version features a 41 mm inverted front forks which are fully adjustable for preload, rebound and compression damping for versatility. The ABS which comes as standard can be switched on/off, and complements the twin 310 mm floating front disc brakes featuring four piston Nissin radial calipers.

Triumph says: “Altogether the package offers a setup that can be configured to suit track or road riding, while at the same time providing the security of incredible stopping power. A revised geometry of 23.4o / 95.0mm completes the picture.”

The bike equips a liquid cooled, 12 valve, 675 cc three cylinder engine that is mated to a six speed gearbox. The max power output is 105 BHP and peak torque is around 50 ft.lbs. The instrument cluster is comprehensively rich and features lap time display , programmable gear change lights, fuel gauge, clock and gear indicator, as well as a large tachometer and digital speedometer

The 2013 Street Triple R will be available in three colors: Phantom Black, Crystal White and Matte Graphite. The MSRP for the Street Triple and Triple R would be announced in late October and the bike would reach the dealerships in January 2013.

2013 Triumph Street Triple R prices will be announced in late October 2012, we will updates this section when the prices are announced. You can bookmark this page and come back later to check the updates. 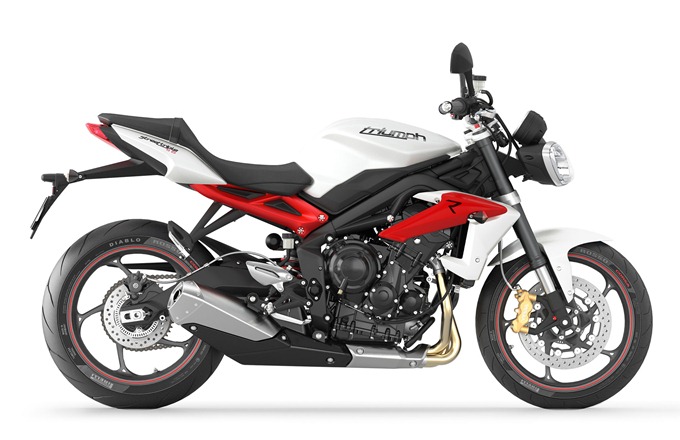 Stay tuned to Ride Talks for more latest news and launches by signing up for our free email newsletter.