Ducati, one of the leading performance motorcycle manufacturer has some amazingly unique motorcycles in its portfolio. In 2010 it launched Ducati Multistrada 1200 which has received much praise not just from the media but motorcyclists as well. It became so popular that Ducati hardly felt the need to update the model, so from 2010 to 2012 the bike remain unchanged, though the ABS was added as standard during this time along with a redesigned seat.

But Ducati knew that keeping the same for three years in a row, could be a downside and therefore it has revealed the comprehensively improved 2013 Multistrada line-up. The bike now comes with a host of new features which are as follows: 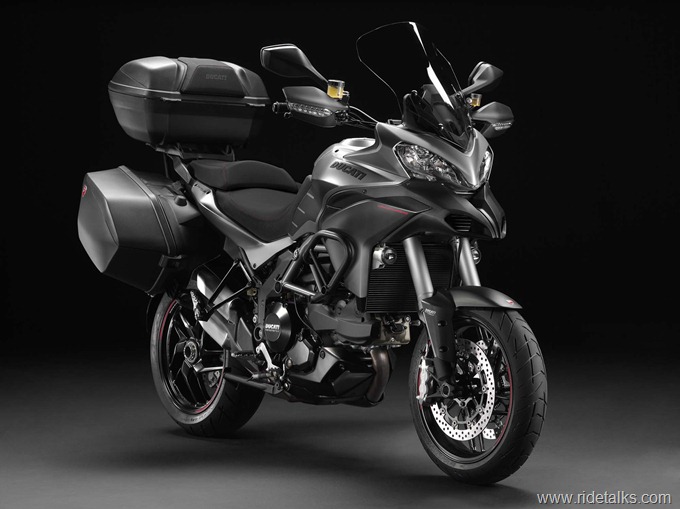 The model line-up consisting of Multistrada standard, S, S Touring and S Pikes Peak, has been expanded with an all new 2013 model called as 2013 Ducati Multistrada S Granurismo. As of yet the company has neither released the official technical specifications of the second generation Testastretta engine, nor the specifications of the Ducati Skyhook Suspension (DSS) system. But Ducati does release four pictures of respective Multistrada line-up models. 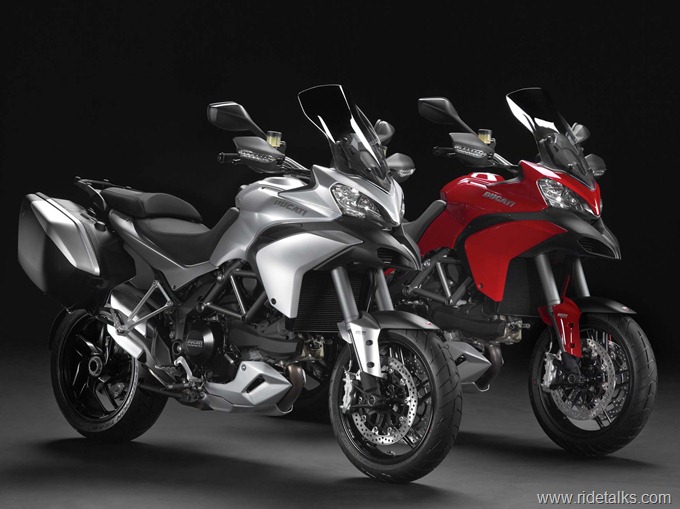 Some of the common features between the 2012 and 2013 models are as follows: 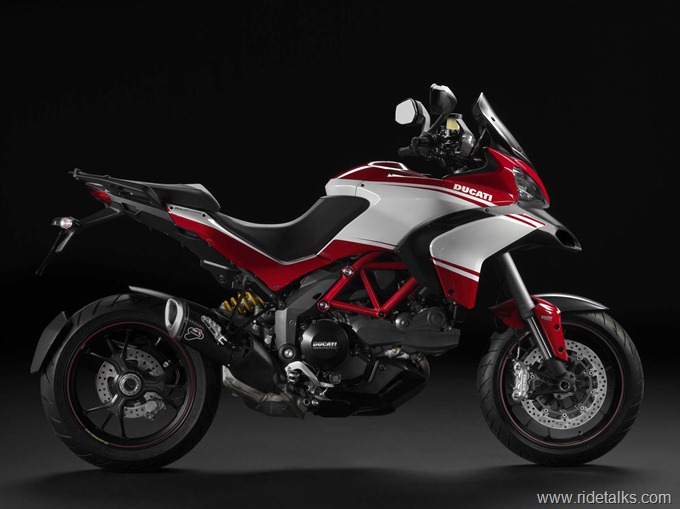 Ducati says, “The four-bikes-in-one concept makes instant adjustment to power and torque delivery in addition to electronic adjustment of suspension settings, traction control, and now ABS and Ducati Skyhook Suspension, instantly transforming the Multistrada 1200 to suit its rider and environment with even more precision.”

The international press launch of the same with be held between September 20 and 29 in Bilbao, Spain. The bike will make its first public appearance at INTERMOT motorcycle show in Cologne, Germany during the first week of October. The sales of the bike will begin from December 2012. 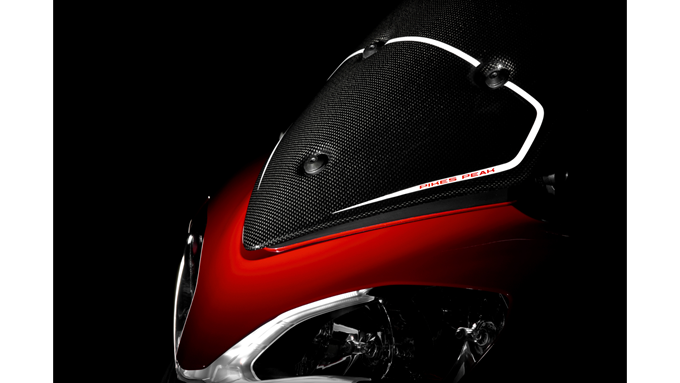 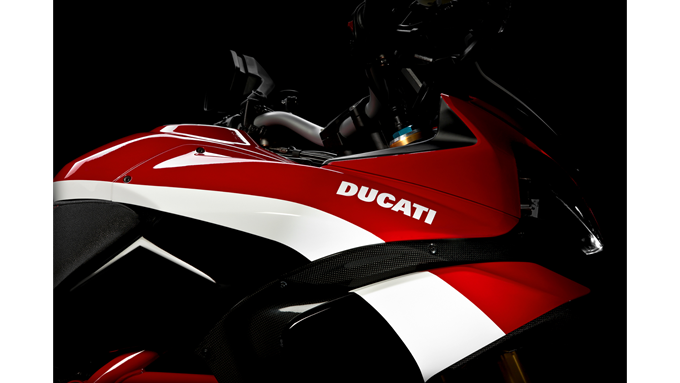 To get latest updates on new motorcycle launches, get our Free email newsletter here.